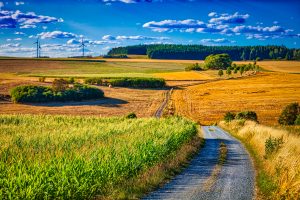 According to the national survey by American Society of Clinical Oncology, most of the americans (about 70%) are unaware of two major cancer risk factors: obesity and alcohol, even though the other two major risk factors tobacco and sun exposure are well known to most of the surveyed americans.

Obesity is the cause of breast and endometrial carcinoma of the uterine because of the extra estrogen produced by the fatty tissues. It is also related to the colon cancer, probably due to the inflammation caused by the microenvironmental change in the colon. However, due to the uncertainty of the mechanism, there is no guideline regarding whether or not earlier colonoscopy screening should be done on the obese individuals. Obesity is also correlated to higher risk of high grade prostate cancer, even though it is correlated to lower risk of low grade prostate cancer. The correlation to high grade prostate cancer is not entirely understood either, but could be through the extra estrogen produced by the fat and disrupted hormonal system.

The cancers caused by alcohol have been discussed in another article. According to this survey, around 40% of americans say that they make efforts in maintaining a healthy weight and limiting alcohol intake, which means 40% of the american people do have a positive attitude towards healthier life style. Finally, only about 10% of americans have misconception of cancer risk factors such as cell phone and caffeine.